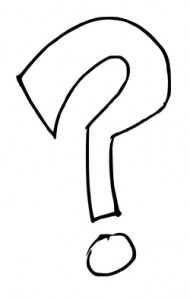 This week my articles will be on almost every aspect of being and living a gluten-free life. If you read my About Me page, you know that I was diagnosed with Celiac Disease, and since I really haven’t touched on gluten free living, I thought I should do so, since so many people seem to be adopting the gluten-free lifestyle these days.

Many people, like me, don’t just up and decide to eat gluten free, it is decided for them by their bodies, due to a medical condition called Celiac disease. This means that Celiac suffers lack the enzyme necessary to process gluten, a protein found in wheat, rye, barley and some oats. Other people simply choose to go gluten free due to sensitivity to gluten or wheat.

For the rest of the population, there are no proven health benefits to eat gluten free, but it can’t hurt either. It’s more of a personal choice and if you’re considering going gluten free, the best thing to do is to cut it from your diet for an extended period of time and see if it’s right for you.

The gold standard of diagnosing celiac disease requires a biopsy of the small intestines, but now days there is a blood test that can diagnose Celiac disease also, although it is not always as accurate as a biopsy.

Many people with celiac disease don’t have any symptoms that can be pinpointed but they often report having body pain, stomach issues, and other problems that are often misdiagnosed as autoimmune problems. Or if you are like I was, you have it so bad that your symptoms are pretty much undeniable. You can read my story here.  Celiac disease can actually be very dangerous and even cause death due to intestinal or esophageal cancers developing in some individuals if not treated properly.

If you’re concerned that you may have a gluten intolerance, talk to your doctor. You can also try eating gluten free for a while to see if any symptoms you do have are reduced or eliminated.

Just keep in mind, if you suspect you might have Celiac Disease, and you want an actual medical diagnosis, DO NOT start a gluten free diet before your blood test and intestinal biopsy.  You need to be eating gluten for the blood tests and biopsy to be accurate. Also keep in mind that by eating gluten free you are eliminating a source of B Vitamins which are very important to good health. Supplement and replace nutrients accordingly when eliminating a food from your diet. I take a vitamin B-12 tablet every day.

If you have any of the following conditions a gluten free diet may help. Talk to your doctor or health coach before making any serious changes to your diet.

This is just a small list. But, if you have these or a lot of nonspecific symptoms that your doctor doesn’t seem to be able to cure, try doing a gluten elimination diet. Keep in mind that simply stopping gluten may not actually do anything until the damage is repaired. This is why some people go on a two week gluten elimination diet and find no relief from their problems. Instead, try to go on a 100 percent gluten elimination program for at least a year to ensure that you’ve tried everything.

Gluten hides in a lot of things and even the smallest amount can affect people with true celiac disease. It is a serious condition that is very much undiagnosed or misdiagnosed, due to the expense and time it takes to get a proper diagnosis. By some estimates there may be up to 5 percent of the population who has celiac disease and even more may be sensitive to gluten and benefit from a gluten free diet – many of which may not even know it.

You can read more about Celiac disease and it’s symptoms over at my old blog, Easy Gluten Free Living.