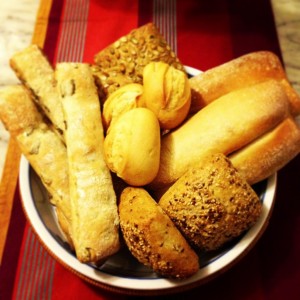 Everywhere you look you see product labels proclaiming the gluten free status. Even items that are naturally gluten free now say “gluten free” on the label,which I think is totally asinine, but that’s just my opinion. It’s a good marketing ploy because of the popularity of the diet. But, it leads to people asking the question…Isn’t going “gluten free” just a fad?

This particular question really ticks me off!! Always! Because, for those of us with Celiac disease, eating gluten-free is a way of life…Not A Fad!

The Truth about Gluten

According to WebMD.com, approximately 5 percent or one in 133 of the population is thought to be suffering from Celiac Disease. Celiac Disease is a condition in which the body is unable to process gluten, a type of protein found in wheat, rye, barley and some oats. This condition can manifest in many ways such as bloating, irritable bowel syndrome, body pain, and even intestinal cancers. It can cause very serious problems in the sufferer. In order to get relief, those suffering from Celiac Disease must remove all gluten from their diet, not just when it’s convenient or trendy!

Another five percent of the population is thought to be gluten intolerant. Meaning that gluten causes some symptoms or problems such as skin rashes and stomach issues but is not life threatening. In these people lowering the amount of or eliminating gluten from the diet can help with the symptoms and improve the quality of life vastly.

Giving up gluten has many benefits and can cause no harm. Therefore, even those who have no intolerance or disease can go gluten free. As long as they replace the potential vitamins that might be missed by eliminating gluten such as some B vitamins, they will most likely feel better.

Is This Fad Bad?

Certainly, companies are going to use “gluten free” in their marketing endeavors. They are always on the lookout to see where and how to jump on the newest bandwagon sweeping the nation. It’s just good marketing.

So while it may be considered a fad, it won’t harm anyone. In addition, giving up gluten can help improve the quality of life for many people. As time moves forward more and more gluten free alternatives will most likely appear on store shelves. The trick is to try to only use ingredients that are as close to nature as possible. Avoid getting caught up in using too many fake processed foods. Just because it is gluten-free doesn’t mean it is healthy or good for you!!  So be sure you buy gluten-free wisely.

Benefits of Giving up Gluten

So what are the benefits of giving up gluten if you are not a celiac or intolerant? Many people who give up gluten do not experience any difference in their lives at all, but some might argue that the reason is because they didn’t give it enough time. Unlike some allergies, it can take a long time for the gut to heal from the damage caused by the gluten. This is especially true for those living with Celiac Disease.

To really experience the benefits of giving up gluten, make it a goal to give up gluten for at least a full year to see what the long term effects are. Many people report clearer skin, improved digestion, weight loss, and other benefits of going gluten free – but only if they remember that gluten free baked goods are still high in fat and calories and sometimes have more fat and calories than their glutenous cousins, so should be limited when eating.

Just remember, if you suspect you might have Celiac Disease, and you want an actual medical diagnosis, DO NOT start a gluten free diet before your blood test and/or intestinal biopsy.  You need to be eating gluten for the blood tests and biopsy to be accurate.